Tayebwa Dickson was born crippled and as a result, he was rejected and abandoned by his family including his own biological parents as well as his peers. His father is a drunkard and his mother left him when he was still very young. The father then married another wife who as well later left him. Unfortunately, all these happened at the extent of Dickson’s life. He was always left to cripple around the home and he couldn’t even play with his peers because they too rejected him.

Through the Emergency Section, Dickson joined Mosaic. Immediately a school more friendly to Dickson’s state was identified and through the generous gifts from the sponsors, Dickson was able to join Kampala School of the Handicapped which is located in Kampala Central Uganda; a school that has all the facilities to help children with impairments.

We also were able to identify one of Dickson’s reliable and God fearing relatives who is his Paternal Auntie who is currently staying with Dickson and is very caring to him as Dickson testifies today of the same. 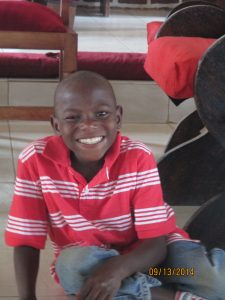 Dickson has received enormous love from his mother and sponsor Brynn who has continually spared a lot of time to write to him as well as visit him here in Uganda. This among others have brought life meaningfully in Dickson’s life. He is a promising young man whom we believe will be able to support himself in the near future. Long live sponsorship, long live Mosaic Vision Ministries. Indeed, Sponsorship changes Lives! 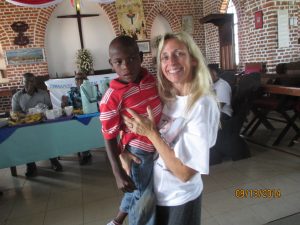 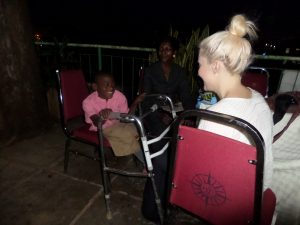